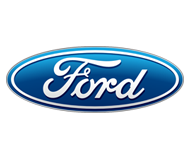 For over a century, the Ford Motor Company has been a global leader for selling mass-produced vehicles. As one of the “Big 3” American manufacturers, Ford sells both automobiles and commercial vehicles under the Ford name and is responsible for most of the luxury vehicles under the Lincoln brand.

History
The Ford Motor Company began in 1903 when founder Henry Ford had a dream to build cars for the masses. His first addition to the vehicle business was the famous Model T, which was produced from 1908 to 1927. Ford’s dream was made possible by his introduction of the moving assembly line, which made it possible to keep production costs down.

In 1903, Ford launched the Ford Motor Company in a converted factory through a collection of investments from 12 people, the most notable of which were John and Horace Dodge (who would go on to found their own vehicle company). The initial investment was $28,000.