Home > Car Buying Guide > Jeep: Jump in and Your Next Adventure is Just Around the Corner 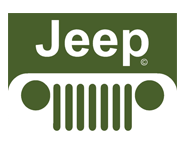 The history of Jeep is steeped in freedom and adventure. Even as an all-sports utility vehicle brand, Jeep is able to provide crossovers, off-road vehicles and even a pickup truck so that anyone looking to be adventurous has an option. The name Jeep has become so synonymous with SUVs that some people treat the name like they do Kleenex: every SUV is a Jeep, regardless if it really is.

History
Before 1940, Jeep had a very different meaning. The U.S. Army used the term to refer to new recruits or new vehicles. In 1941, however, a vehicle went into production, a light military 4×4, that would become tied to the name Jeep. This arguably makes Jeep vehicles the oldest 4-wheel-drive SUVs.

These early Jeeps were produced by Willys-Overland Motors. After 1945, they began to release civilian vehicles. In fact, when it became evident that the U.S. would enter WWII, the Army made contact with 135 automotive companies to develop a 4-wheel-drive reconnaissance vehicle prototype. Only 2 responded. One of which was Willys-Overland. The prototype they provided would eventually become the base for Jeep’s standard design.