Home > Car Buying Guide > Getting to Know Kia with MaxAutoPro 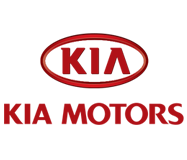 Kia vehicles aren’t only stylish but they are often priced less than their competitors. What’s more, Kia offers a wide range of models from cars to SUVs. Compared to other makes, Kia’s powertrain offerings bring excellent fuel economy and comparable acceleration. Kia vehicles receive high rankings amongst all vehicle brands thanks to owner satisfaction and reliability.

History
Kia got its start in December 1944 as the Kyungsung Precision Industry, a company that produced steel tubing and parts for bicycles. After developing Korea’s first bicycle, Samchully, in 1951, the company changed its name to Kia Industries in 1952. A name change wasn’t the only change; they also began producing motorcycles. In fact, they didn’t begin producing cars until 1974.