Home > Safety > Do You Really Need Winter Tires for Your Car? 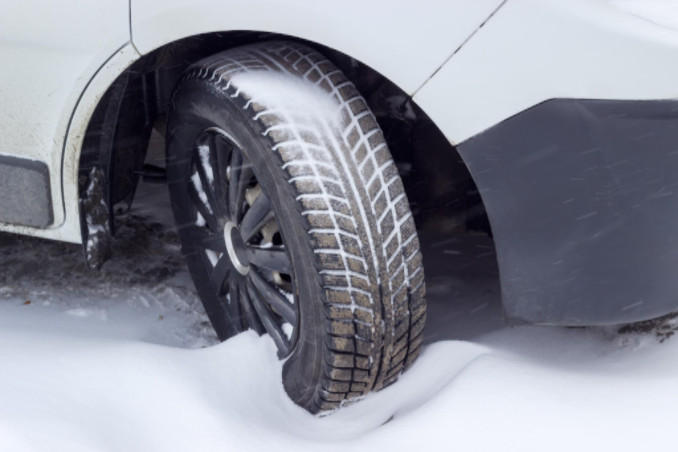 Winter or snow tires have a bad reputation for being extremely conditional. This may be due to the fact that the history of snow tires is one riddled with extreme problems anytime the tires were used on dry roads or during a season without freezing temperatures. These problems have led consumers to choose all-season tires, believing them to be a good alternative to the extremes of near smooth summer tires and snow tires.

Tire technology has advanced considerably in recent years, however, and now snow tires perform at a much higher level in driving conditions involving wet or dry roads, making them – according to Consumer Reports and other car experts – superior to all-season tires during the winter months.

The handling of winter tires has improved steadily over the years. In the past, snow tires were known for poor and squishy handling. Their rapid and sometimes catastrophic loss of performance on dry or wet roads led many drivers to steer clear of them.

Modern improvements to winter tires have also resulted in handling characteristics that are generally indistinguishable from all-season tires. Any driver used to having all-season tires will notice little change in handling or fuel economy when switching to snow tires.

The improved abilities of snow tires over conventional tires in winter driving conditions are due to several performance factors that make winter tires unique from all other types. These qualities also make snow tires season-specific, so they are still not as flexible as all-season tires. They will, however, provide better performance when it matters. Having 4WD or AWD is not a substitute for snow tires.

The first quality is exceptional tread depth. Winter tires have the capacity to bite into the snow on the road and provide the traction needed for proper handling and stopping. If the tire can’t bite deeply enough into the ice or snow, it will lose traction and become more like a sled than a tire. The downside to increased tread is that tires with thicker and stronger tread wear out faster than other tires and and will result in decreased fuel economy.

The second unique quality of snow tires is the rubber compound used to make the tire. The conventional rubber used to make summer tires and all-season tires loses its pliability in colder temperatures. This decreases the tires’ ability to provide proper grip and traction. The compounds used to make winter tires allows them to remain pliable even in freezing temperatures so that their functional ability isn’t impaired.

The downside is that the rubber becomes much more vulnerable to wear in warm temperatures. For this reason, snow tires are not a suitable replacement for summer or all-season tires. If used during the summer months, they are likely to become so worn by the time winter comes around again that they will have to be replaced.

Understanding the Time and Place for Winter Tires

Winter tires are ideal in places that see large amounts of snowfall. While some drivers may not want to bother with the hassle or expense of snow tires because they drive on plowed roads, it’s important to keep in mind that snow plows aren’t always consistent.

Extreme weather and sudden snow storms could suddenly blanket a road, becoming very hazardous for all-season tires. Snow tires could be the difference between an accident and a safe trip in these conditions and prevent a driver from having to pull over and wait for a plow.

Despite their massive improvements in functionality, snow tires remain seasonal items. A good rule of thumb is to put the tires on around Thanksgiving when the temperatures begin to turn freezing but before the first big snow of the season. This will depend on the weather patterns in your area, though.

No driver wants to be the one in the ditch because they were late getting their snow tires on. It’s also important to keep in mind that tire centers can be overwhelmed with customers once the snow hits. It’s always a good idea to be proactive.

Ultimately, snow tires will need to be removed when the weather begins to warm up. This happens around tax season in the majority of the United States. Once the snow has melted, snow tires offer little advantage, and it’s important not to keep using them in warm weather.

The takeaway: Proper high-quality snow tires are an important safety feature for any vehicle driving routinely in snowy conditions. They are ultimately more convenient than chains and will help a driver through most snowy conditions safely.